For many new garden owners, it doesn’t make sense to get rid of a seemingly harmless and picturesque insect. But if you’ve got a garden for a long time with water features, there’re strong chances that you’ll be bothered by the presence of snails and slugs.

Snails in gardens are unwanted for many reasons, and we will discuss them later. But first, let’s look at some effective ways to get rid of snails in the garden. 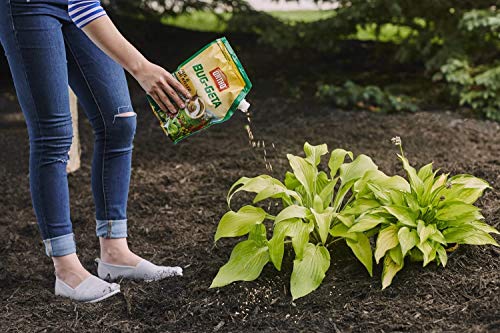 1. Using Traps to Get Rid of Snails

You can use traps to get rid of snails. Using traps for snails is a relatively non-violent method because they don’t work like the ones used to catch mice.

This varied list of items is not just for a single trap setup. For instance, grapefruit is a complete trap in itself. You need to cut a grapefruit in half and pull out the pulp from both its halves. Place those empty halves in an inverted position in places where you’ve snails crawling.

You can also use empty flowerpots and saucers with some lettuce leaves to catch more than one snail.

Keep in mind that this method is as slow as the critters you want to get rid of. But if you’re not in a hurry and snails haven’t infested your garden badly, then there’s no harm in employing that method. 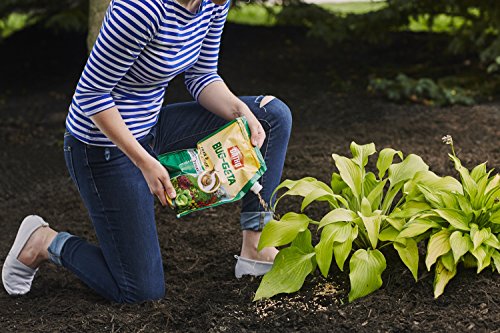 2. Using Baits to Get Rid of Snails

If you don’t have any issue in using chemicals to exterminate insects and critters in your garden, then you can use liquid and dry baits to get rid of snails.

You can fill out an open-mouth jar with iron phosphate in liquid form and bury it in places where snails are usually seen. Snails are lured by the smell of this chemical. They track it down and ultimately tip into those buried jars containing iron phosphate. You can use the same baiting trick by using grape juice or a liquid mixture of yeast and sugar or honey.

You can also use dry baits like metaldehyde and methiocarb to get rid of snails. However, you need to practice extreme caution in using those dry baits because they’re also harmful to other animals. Before sprinkling them in the garden, determine the snail hotspots in the area first. 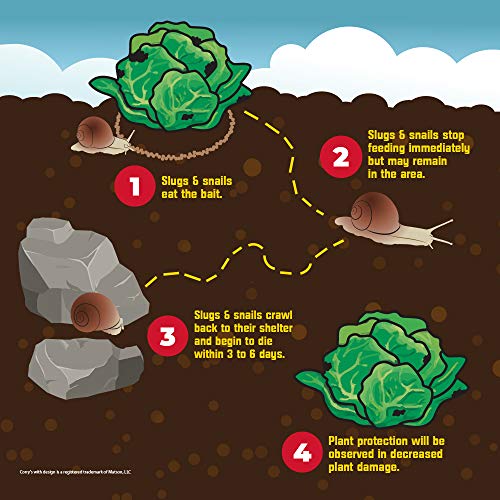 3. Using Repellents and Barriers to Get Rid of Snails

If you don’t want to kill snails and slugs but still want to get rid of them, then opt for repellents and barriers. They’ll help you in keeping those slimy crawlers away from your garden.

Snails and slugs undergo an interesting phenomenon when they come in contact with copper. As soon as their bodies touch the copper surface, they feel an electric shock. If you know snails’ favorite place in your garden, cordon it off with copper strips or sprinkle it with its fragments.

Diatomaceous earth is used for the non-toxic extermination of various insects. You can also use it to repel snails and other mollusks. DE is an amorphous chemical. However, it features sharp edges at the microscopic level. Those edges feel like spikes to snails’ soft underbellies. So, when they come in contact with DE, they move away from it.

Eggshells, sandpaper, ginger, vinegar, and garlic can also be sprinkled on places where you’ve seen them crawling. The smell of these household items also keeps snails and slugs at bay. 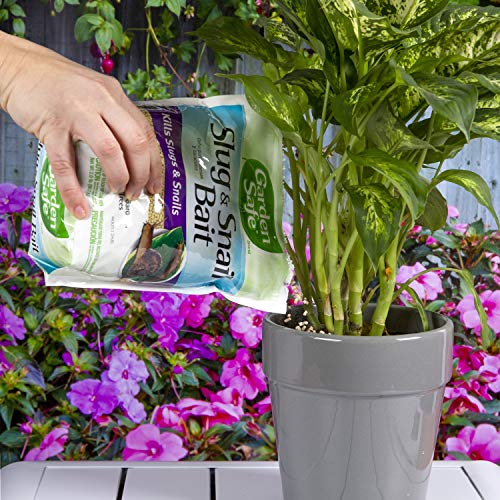 4. Using Exterminators and Insecticides to Get Rid of Snails

If you’re already used to exterminating insects and critters through different pesticides, you can go with the same approach for getting rid of snails. You can use both DIY and off-the-shelf chemicals to kill mollusks. Here we’ll discuss how you can carry out snail extermination with the stuff present in the home and without buying anything from the pesticide store.

Salt is a simple and effective way to exterminate snails. When mollusk’s soft underbellies come in contact with salt, their bodies quickly start losing water resulting in acute fatal dehydration. However, salt is not a suitable exterminator if you’ve to sprinkle it near flowerbeds.

Salt can introduce the salinity in the soil, and that won’t be good for your plants’ growth. In such cases, only use a recommended pesticide that doesn’t pose any threat to the vegetation. Bleach and alum sprinkling (like salt) can also kill snails. However, only use them far from the saplings. 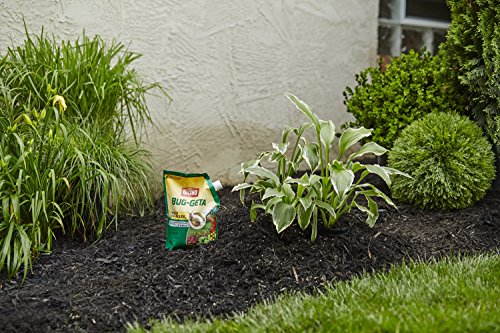 5. Using Plants to Get Rid of Snails

Yes, you can get rid of snails by using plants. Certain botanical species serve as natural repellents for snails. You can plant them within the main plantation, among other saplings. You can also use them to create a barrier.

Rosemary, sage, and lavender are proved to be effective in fending off snails and slugs due to their strong aroma. You can also plant other aromatic herbs like begonia, fuchsia, purple robe cups, and lantana for keeping snails away. Thick-leaf hostas is another plant that you can grow in your garden to ensure snails don’t make it their habitat.

You can also use a marine plant called seaweed to repel mollusks. Many people use seaweed as a vegetable due to its high levels of iodine. You can also use it in your garden against snails. Lay this dark green marine plant around your plant bed. Not only will it look the part, but will also keep those slimy critters at bay.

If you’ve got a water feature in your garden, throw some seaweed in it as well. Ponds and other water bodies with seaweed remain free of snail infestation. You can find dried seaweed at Walmart and other big department stores. 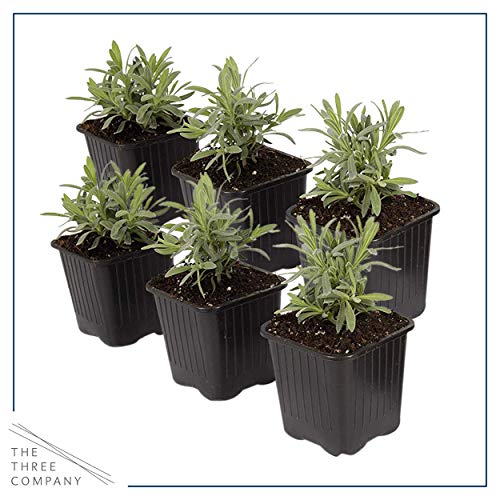 6. Using Predators to Get Rid of Snails

This is another natural way to get rid of snails that follows the classic principal of the food chain. You’ve to host chickens, ducks, and geese in your garden time and again, and they’ll feed on those pests.

While using other animals to get rid of snails, you need to take care of certain things. For instance, only use herbivorous instead of using your omnivore pets (cats and dogs) for feeding on pests. Also, don’t leave them in the garden for too long, especially if there are some budding saplings there. 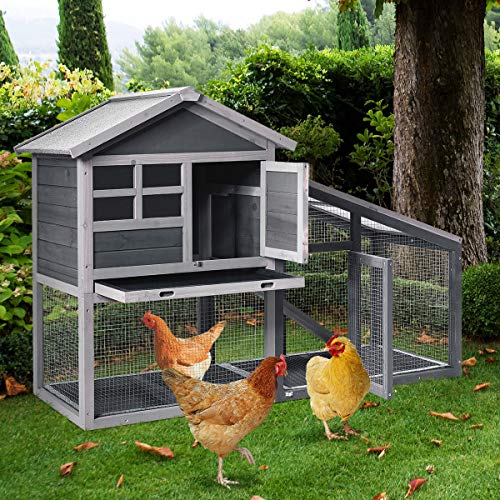 Reasons to get Rid of Snails in the Garden

Before we sign off, it’s imperative to have a quick look at the reasons why you may need to get rid of snails.

The first and foremost reason to get rid of snails and slugs is the damage they cause to plants. These crawling insects feed on plant leaves at such a snail’s pace that you don’t realize the damage in real-time. However, this drip-drip damage can badly affect a plant in the long run.

Some snail species host parasites and microorganisms. They can be transmitted to you and your family if you use the garden as a playing area.

Acute gastropod infestation can affect a garden pond in many ways. It can kill the fish and also bung up the pipes and filters.

Not Easy on the Eyes

Most of the mollusk species are not as picturesque as their counterparts you see in wallpapers and screensavers. Their mucus-covered bodies and greasy trails are easy on the eyes.

We hope that the six methods we’ve discussed in this “how to get rid of snail in the garden guide” helps you in making your vegetation space free of gastropods. Besides sticking to a single method, you can also use a combination of them to have a more effective crackdown against snails and slugs.

I have been an Avid urban gardener that has been successfully gardening for many years to produce healthy organic vegetables for my family and neighbors.